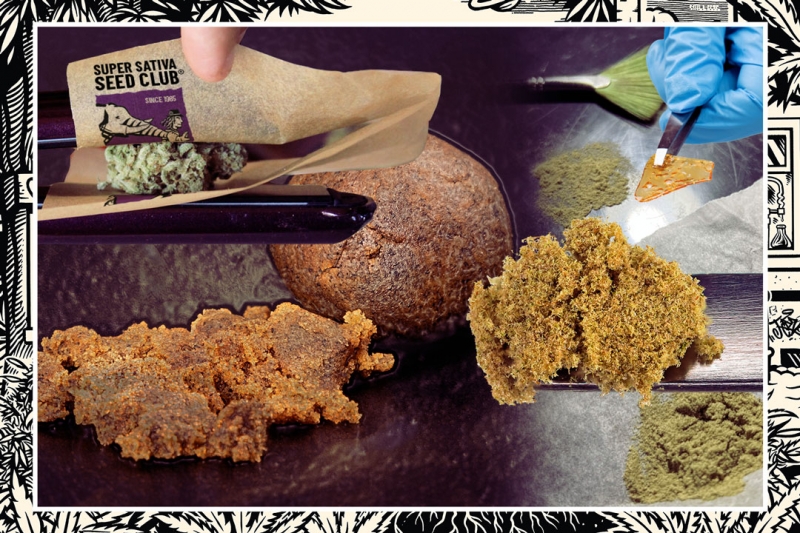 Making Hash with Your Cannabis Trim 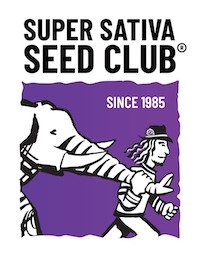 Have you ever sat there when trimming your Cannabis plants, and thought about what could be done with all the waste material? Whilst most growers may discard the leaves and smaller, undeveloped buds when trimming, others will make sure everything is used. In this article, we explain what you can do with your leftovers, a breakdown of water hash, dry sift and extracts, as well as mistakes to avoid when preparing your Cannabis trim for making hash.

What Is Cannabis Trim?
Become you kick-start your career as a hash making connoisseur, you need to start off with good material to work with. Cannabis trim simply refers to the leaves that are trimmed off the plant during a wet or dry harvest. You will have noticed when growing good genetics, that the resin produced by the plants grows on the leaves and in some extreme cases, the large sized fan leaves.

Often times, the lowest buds, which did not receive as much direct light as the middle and top parts of the plants, will make excellent trim. These lower and frequently smaller sized buds are typically less desirable and save a grower time trimming. So basically, Cannabis trim when hash making consists of any plant material that contains trichomes ranging from fan leaves to lower nugs.

The Different Types of Hash
During your time as a smoker, you may have tried many varieties of hash such as Nepalese, Indian, Moroccan, Pakistan and hand made Ice-O-Lator. Understanding the differences between these types of hash and the culture connected to the countries that produce them, can be difficult, so the easiest way to break it down is either water hash or dry sift.

Ice-O-Lator / Water Hash Explained
Making hash using water and a filtration system has been tried and tested for hundreds of years, and like anything else can be done very basically, or with an advanced clinical approach. The pant material when washed with water will break down and remove the trichomes, however it is very important to work with cold water, ice and cold material preferably. Fresh frozen means when plants are not allowed to dry and the fresh trim and buds are immediately placed in a freezer for 24-48 hours.

• Water hash uses bubble bags which act to separate the plant material
• It is possible to wash large amounts of plant material at a time.
• A high grade, full melt quantity will often be produced between 73-90 micron.
• The terpenes can be washed away and left in the water after making hash.
• Ice and fresh water is required for the best results possible.
• Ice-O-Lator water hash is a very potent end product.
• The starting material can be fresh, frozen or dried flowers.

Making Hash with Dry Sift
If the thought of making water hash sounds like backbreaking work, then dry sifting is a much easiest alternative that can produce amazing results. As the name suggests, this method involved sifting dry plant material through a screen. Similarly, the bubble bags, certain screens such as the 220 micron and 180 microns, will serve as a cleanup screen, whilst the 120, 90 and 73 will all return the full melt grade.

• The plant material must be dry in order to get a good return when making dry sift hash.
• Returns from dry sift will always be bigger than making an isolator / water hash run.
• Dry sift is much more practical and only requires a set of screens and a table.
• Using dry sift to press rosin is also much quicker and can be done at the time.
• It is better to work in a cold environment to make the resin easiest to agitate.
• Making hash with dry material will keep the terpenes inside the hash.
• Dust and hairs can float in the air and contaminate dry sift.

Rosin and BHO Explained
It was around 2013 when extracts took the Cannabis scene by storm, and the quality has only got better with time. If you are not familiar with extracts, these are basically the Cannabis plant in its purest and most potent form. It was butane honey oil (BHO) that was the first product really made and pushed to the market by extractors.

Using butane, they would flush the trim and buds and the end product would be the butane with the oil and terpenes present. BHO or shatter has a reputation of being a harsh smoke that could rip your lungs apart if not purged correctly when being made.

Rosin on the other hand, came around much later and revolutionized the way that extracts could be made. There was no more concern about using butane, or the risk of blowing yourself up in your kitchen. Rosin is the product of a flower, or pressed piece of hash that has been squished with pressure, between two heated plates. Rosin is a very clean, and easy to make form of extract on the basis that the starting material is totally pesticide and contaminant free. Making hash then using a rosin press is often a common practice for many modern-day growers.

3 Mistakes To Avoid when Preparing Trim

1.    Never use plant material that has become infected with mold or powdery mildew when making hash. It can be tempting to not want to throw away your best buds that have become infected, however it is highly necessary.

2.    Do not let the freshly trimmed material sit at room temperature for a long period of time. This will only increase the chance of mold, and getting the fresh material frozen should be your main priority.

3.    Discard large sized sticks, and any leaves that contain very little to no amounts of resin. Aim to preserve only the best looking trim and resin covered buds.

Making hash is very easy to do, and as long as you are working in a clean environment, using good quality plant material, and have a professional approach. Remember, what goes in is what comes out, so making sure your starting material is up to scratch will give you the upper hand when striving for that cup winning full melt hash!