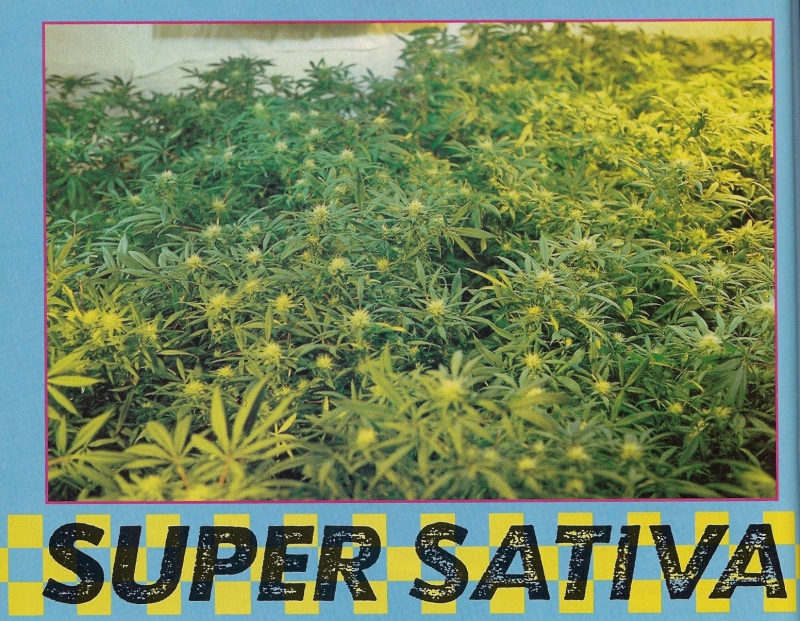 Super Sativa Seed Club and the origin of the legend

Super Sativa Seed Club and the origin of the legend

Super Sativa Seed Club is synonymous with old school genetics. To understand the pure heritage of SSSC here is some information from the early days.

Nevil Schoenmakers, who recently passed away, had an essential role in the development of SSSC genetics. The Super Sativa Seed Club started in the 80's when Karel Schelfhout received seeds from Nevil and Sam "the Skunk man” but how did all of this happen? Sam’s original Haze and Skunk were the products of his breeding in California. The SSSC were not really involved with those activities and the specifics of the genetics that made their way to the project. It was more a case that the SSSC were a very grateful recipient of the genetics and indeed grateful to Sam himself for the seeds. It is quite possible that some of Sam’s genetics also went to Nevil.

Sam came to Holland to continue his career as a grower and a breeder. He didn't know anybody in Holland so he contacted both the Super Sativa Seed Club and Nevil's Seedbank. Sam met Karel in Amsterdam and told Karel about his career as a breeder. Sam’s favorite seeds were his Haze seeds. Since Sam only had 40 remaining seeds of his favorite Haze strains (and these seeds were quite old already) he gave 20 seeds to Karel and 20 to Nevil. He said to Karel: "I know you and Nevil are the only ones at this point who understand the importance of releasing these seeds as soon as possible to keep this strain alive”. And Karel did. Together with these Haze seeds Sam gave Karel a batch of his Skunk #1 strain.

This Skunk#1 strain was the first inbred strain in the world. The offspring was quite uniform, only two different phenotypes were present: one with round-shaped bud ends and one with pointed bud ends. This SK#1 changed the Dutch growing scene and the cannabis industry forever. Growers used to the fluffy sativas now harvested thick, stinky firm buds!

Sams Skunk#1 revolutionised the Dutch growers world and within five years many strains in Holland had been crossed with Skunk #1. Nevil started his seed company slightly before the Super Sativa Seed Club. . In those days most people knew each other. The seeds from Nevil were a significant help in the early years of the SSSC. These Super Sativa Seed Club genetics have been preserved, here a picture of the latest release, the feminized strain " Lava Freeze" a brand new cross of the original Friesland Indica, a.k.a. M33, a.k.a Freezeland with Lava Cake. Check more information of this new strain here.